Why Is Software Testing Important?

Being human beings, we’re likely to commit errors during any process. While some errors don’t have much impact on our lives, others are severe enough to break the entire system or software. In those severe situations, it’s important to have a software testing team that is able to catch errors well in advance, in times where we fail to pick them out.

Though we do try and keep an eye out for any mistakes, some might be able to pass through from blind spots and bad assumptions. In an ideal situation, you’d have someone else check through your work, in order to ensure that all potential flaws get spotted.

For those that are new to software development, software testing might seem like an insignificant task. However, you’ll be quick to realize that it’s actually an integral part of planning and development.

Before we can fully get into why it’s important, we should also talk about what software testing is.

What Is Software Testing?

Software Testing is the activity of checking whether the expected results match the actual results. It helps to ensure that the software system is defect free. It helps to identify missing requirements, gaps, or errors that might be contrary to the requirements.

To help you further understand, imagine a banking system with a defect which causes Bank B to not receive the correct amount of money that is being transferred from Bank A.

It can also be situations where there are incorrect transfer fees applied to the transfer or the money is not converted into the right currency. Regardless of what it is, the issue is critical and can only have been avoided by proper software testing.

There have been various events that have occurred through the years, which have cemented the belief that software testing is critical to the success of any business. We don’t just mean any sort of situations; we’re talking about situations, which could have been avoided if software development, as well as software testing had been performed properly and at the appropriate time.

Why Is Software Testing Important?

After all that information, we can really get to why software testing really is important. Though you might already have an idea from the points we’ve made above, we’ll make a quick list of reasons as to why you need software testing.

There are various software testing services which help you to reach the highest potential that software testing can give you. These services are great for giving you the confidence of ensuring that there are no errors in the code, resulting in a high-quality final product. You can perform in-house software testing or outsourcing it to professionals.

Though in-house software testing has its fair share of advantages, the main one is the ability for business owners to control the whole process as well as being able to address the issues promptly.

Its main disadvantage is that it can be rather costly in comparison to outsourcing it. There are also additional hidden expenses. Including those associated with hiring people, training, and supporting a full team, even when they are not needed.

It helps you to continue being focused on the core activity by allowing you to dedicate the majority of your time to customer services, marketing campaigns, and more. External testing offers you to have experienced, trained, and certified consultants around the clock.

Outsourcing testing is also great with flexibility as the team size can be adjusted according to the needs of each individual client. Smaller businesses tend to go towards outsourcing due to external testing companies having more adaptability, flexible businesses models, and reasonable prices.

And so, with all the information provided above, you’ll be able to clearly see how and why software testing is so important to any and all businesses. Just as testing electronic products, electronic appliances, and hardware products is important, software testing is just as, if not more so regardless of what industry your business is in. 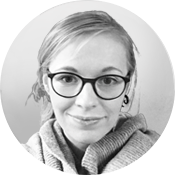 Technical leader and software tester, specializing in automated tests. Her adventure with testing began quite unexpectedly - on a production line in a Slovak car factory. Then she entered the world of embedded software testing and fell in love with the world of mobile and web applications.

The JPro Knowledge Base is based on two key pillars: Business and Technology.
You will find out how closely these areas are connected in weekly articles,
as well as in webinars, eBooks, guides and whitepapers.

Read article
How to tell a story effectively with data? Data storytelling in Microsoft Power BI

Read article
How to build a good team? Soft skills and personality types and working in Scrum

Read article
Benefits of moving business to the cloud

Read article
What’s up in IT? The most interesting topics in the technology industry in October 2020

Would you like to learn more about the possibilities of cooperation? Do you have a question? Write to us!