Apple in Business – ROI and TCO 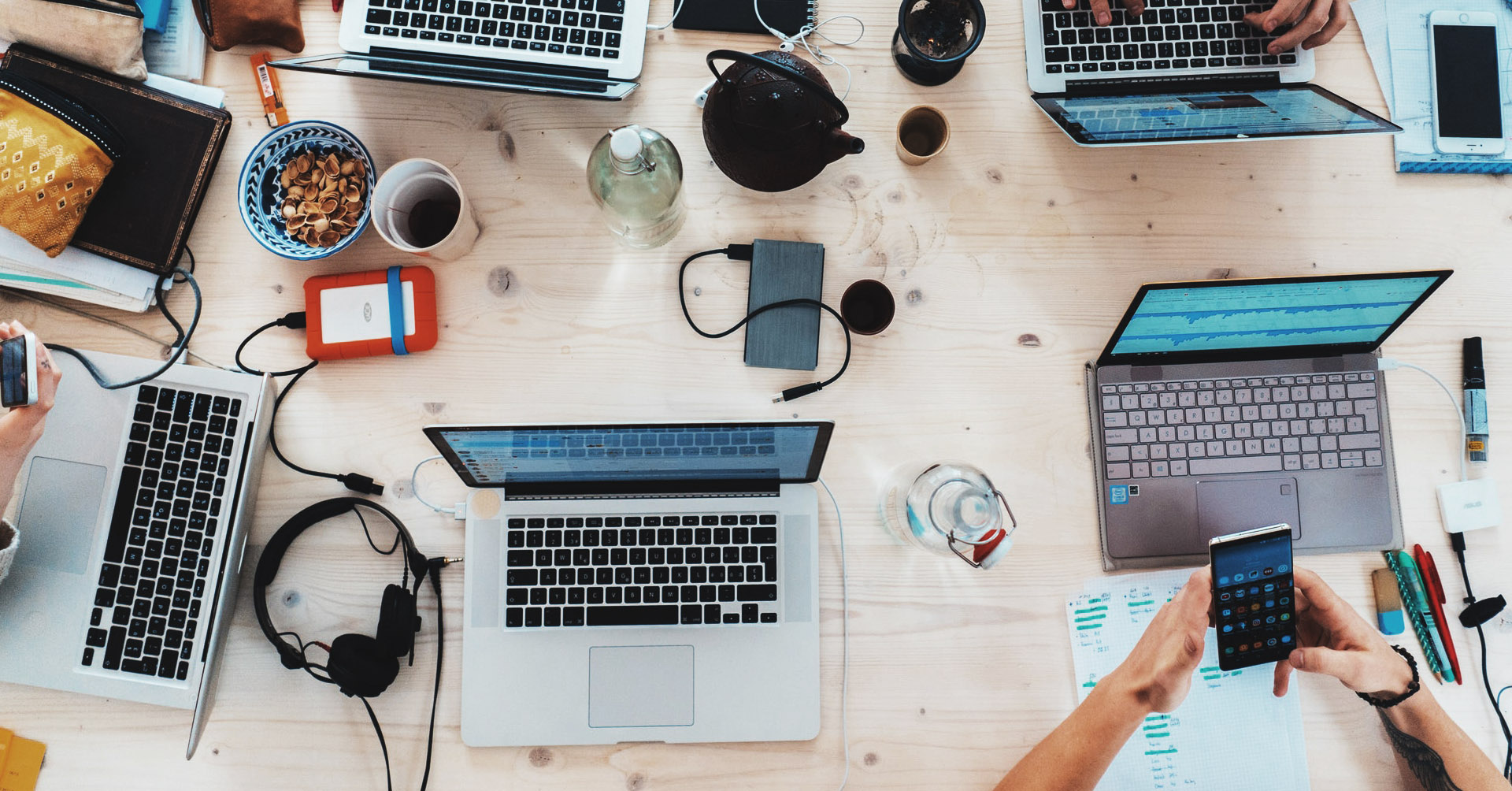 The aesthetics of Apple devices and the number of fans of the brand certainly are impressive; however business decisions such as the implementation of infrastructure based on Apple devices should be based on completely different premises. Hard data such as TCO or ROI matter here. Without it, it is impossible to prove that the decision to invest in Macs or iPhones is rational for the company. I will try to point out the most important elements which prove that the use of Apple devices for business purposes can be a profitable investment.

To start with, let’s sum up which elements are the most relevant if we would like to compare different models of IT architectures based on devices and software from different manufacturers. The most important indicators for my comparison will be the total cost of ownership (TCO) and the return on investment (ROI) mentioned in the introduction. When it comes to computer hardware, the following factors will have the most important impact on these indicators:

Return of Investment depending on:

When I was writing this article, I tried to use as much hard data as possible – first of all in the scope of real financial values. However, it quickly turned out that a comparison of similar values such as the price of devices can be very difficult. Due to the number of models and versions differing from one another in terms of technical parameters and price, as well as the fact that the minimum functionality of the device means something completely different at each company, I had to limit myself and provide an estimate of the percentages only. However, it seems to me that such values allow us to form our own opinion and to make it reality at our company.

The cost of devices

Common opinion holds that Apple devices are more expensive than devices from other companies. However, these products are becoming increasingly available at prices comparable to other devices in this class. In addition, Apple offers a few ways to reduce the cost of purchasing equipment. One of them is the co-financing of the purchase of equipment by an employee. In exchange for bearing some of the costs, he can buy the equipment after a certain period of use. An advantage of this solution is the fact that the employee cares for such equipment as if it were his own, which reduces the risk of damage and breakdown.

Programs such as Apple Financial Services allow customers to reduce the cost of purchasing equipment, enabling the leasing of devices, software and Apple accessories for 12, 24, 36 or 48 months. The entire amount of the lease can be included as a tax-deductible cost, which allows you to lower your tax base. After the rental period, the equipment is returned to the reseller and exchanged for a new device.

The total rental cost of Apple Financial Services can be up to 30% lower than the market value of the device.

It should also be remembered that Apple devices maintain their value much longer than devices from other manufacturers. Both supply and demand are responsible for this state of affairs. Compared to PCs, there are fewer Apple devices on the market, but there are also many more people willing to buy them – even if the equipment is used or damaged. This affects the high residual value of Apple devices, i.e. the price at which you can resell used equipment, which is definitely higher than other devices of the same age.

The cost of the operating system

In the case of PCs, the operating system is sold independently, which means that many devices run old or outdated versions. A similar problem occurs with Android phones, despite the fact that they have the ability to update the software. The reason is that a large number of phone models use the Android system and every one of them can have completely different technical parameters. Android developers have made it so users are accustomed to the fact that the next versions of the system will have greater hardware requirements, which often leads to problems with operation in the case of cheaper devices. Many users disable updates, fearful of slowing down the device or even damaging the system and losing data.

One of the key principles of IT infrastructure security is regular software updates. Without them, even the best system will become vulnerable to attacks sooner or later. Apple’s strategy of providing all users with the latest version of the operating system has brought the intended effect in this respect. The last version of iOS from September 2018 had been installed on 78% of devices as of January 2019. In the case of Android, the Marshmallow version from October 2015 still remains the most popular (21.3% of devices), and the Android Pie, which was launched in August 2018, could not even exceed the level of 0.1% which would allow for entry to the Android development platform.

If we compare macOS and Windows, the results are similar. In February 2018, two years after its release, Windows 10 managed to eclipse the market share of its most popular predecessor, Windows 7, reaching 42% (neither Windows 8 from 2012 nor its later update Windows 8.1, failed to do so). However, this means that almost half of all users are still using an older version of Windows. In comparison, the latest version of macOS Mojave from September 2018 was the most popular version of the system after just three months (in December 2018), with a share of 32%.

Apple devices are delivered with a full set of the software which is necessary to start work, so there is no need for the additional installation of tools such as antivirus or office management software. Thanks to access to applications in the App Store, this basic functionality can be further developed with additional tools. Most importantly, applications available in the App Store, both free and paid versions, are verified for security and compatibility with devices running the latest version of the operating system.

In the case of PCs, the hardware requires additional costs for software licenses almost every time, especially devices for commercial purposes.

Savings on the delivery of equipment

The most time-consuming task which IT departments face is providing computers to employees. Each computer has to pass through the hands of administrators, who install the appropriate software and make the necessary configuration. Devices prepared in this way can be delivered to the end user. IT departments deal with this task in different ways. To reduce the time needed to provide equipment, static system images are often used and are then installed on all devices. Unfortunately, this approach requires the work of an administrator; moreover, all devices are clones and are not adapted to the needs of specific users.

This approach can cause real financial losses. If tools are installed on the devices by default (to reduce the number of tasks for the IT department in the future), this means unnecessary licensing costs. In big companies, it can cause a significant loss, which can’t be easily eliminated. The alternative is increased costs for the IT department, which would have to spend more time managing licenses and providing better-adapted equipment.

This problem can be eliminated by using an MDM system, such as Jamf Pro, which allows you to manage the delivery of Apple devices in the zero-touch deployment model. This allows you to deliver the device directly from the reseller to the end user, excluding the IT department. The device goes to the user in the original packaging, and the entire configuration process is carried out remotely using preconfigured installation rules, which enable the creation of any user groups to whom appropriate hardware configurations will be distributed, as well as applications and licenses.

For the user, the entire configuration process takes only a few basic steps, is intuitive, fast and enables the use of the device and all necessary tools for work in just a few minutes after unboxing. Eliminating the IT department from the hardware delivery process is cost-saving and allows administrators to focus on more critical business tasks.

Savings on using the help desk

Thanks to the use of the MDM system, the costs of device management are also significantly reduced. All administrative tasks can be performed remotely for Apple devices.

Research by IBM, which was one of the first organizations of this size to implement a significant number of Apple devices in its IT infrastructure, shows that Apple users do not use help desk support that often.

On the one hand, it results from the lower failure rate of hardware and the stability of the operating system, and on the other hand because of self-solving tools for problems.

Thanks to self-service functions, it is possible to reduce the number of requests sent to the technical service department by 15%.

The value of data security

Apple devices have a number of built-in mechanisms and tools to improve security, meaning that in many cases the IT department doesn’t have to undertake any additional activities and doesn’t have to invest funds in additional security.

The security of data on the disk is ensured by the built-in FileVault encryption function, while the security of the user is guarded by Gatekeeper, blocking the ability to install applications from unknown developers, as well as XProtect and MRT – built-in services protecting against malware threats. macOS also has a built-in system for creating an encrypted Time Machine backup.

All data on the device is encrypted by default, and not even Apple has the keys that would allow access to it without the user’s permission and knowledge. Apple devices also have additional security features, such as physically cutting the operating system off from the built-in microphone after closing the flap, which prevents eavesdropping and spying.

Thanks to Jamf Pro, we can implement and effectively enforce the security policy of IT infrastructure, above all through the management of updates, data encryption, passwords, and levels of access to key infrastructure elements. The system increases the scope of the employer’s control over the data on the employee’s device, so it is possible to carry out operations such as deleting data remotely if the device is lost, or sharing business data on the employee’s device if they can’t share data by themselves.

Enabling employees to choose the devices on which they prefer to work is obviously the easiest way to increase their efficiency – it is easier to work on a computer that we know and like. In addition, the amount of unproductive employee time is reduced; PC failure often involves the need to leave equipment with the IT department.

For Apple, it is very important to respect employee privacy and data security, especially since the popularity of remote work or Bring Your Own Device models are growing and blurring the boundary between work and leisure time. Jamf Pro enables the strict separation of business and private areas on the device. Therefore, the employer doesn’t have access to the employee’s private data, but he still has control over business data.

Jamf, a provider of dedicated systems for the management of Apple Jamf Pro mobile devices, has prepared a statement that allows you to estimate the potential savings from the introduction of Apple devices at your company:

I hope that I have discussed all the key factors that will help to evaluate the specific business benefits of introducing Apple devices at your company.

Enter your e-mail address and subscribe to our newsletter: 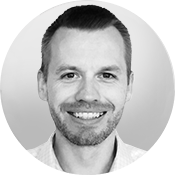 As a Apple systems engineer and certified Jamf Pro Expert, he helps organizations with the adaptation and implementation of Apple devices on a large scale. The experience he has gained allows him to provide innovative solutions. In his spare-time, he gets his adrenaline rush on the karting track.